Robbo has posted on this site in the past and I am sure still visits it. There would always be constraints on what and how much he could say but a weekly one hour question and answer session on here a

It's all new at board level and at team level, let's give a bit more time before we hang them out to dry! 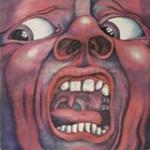 In reply to Gringo's post, the much criticised media consist at the moment of only one man who for years has tirelessly improved what is delivered at ICT using mostly all his own camera gear etc, to a