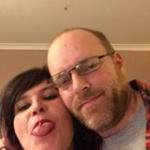 By Murphyscot,
May 25 in Caley Thistle