By Robert,
November 1 in Caley Thistle

I would hope the live stream is here to stay.  Not only does it allow supporters who live too far away to attend in person to watch home games, it also allows local supporters who are unable to attend 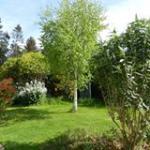 Regarding streaming, I’m an example of a former season ticket holder now disabled and housebound. Getting to see my team on a Saturday again has been a real treat and I do hope it continues. Not sure

Crackers or Damp Squibs   Another away day for the Caley Jags as we head to Somerset Park Ayr to take on mid table Ayr United in a cinch Championship match. Kick off is at 3:00pm on Saturday