In a word, this ? Very strange decision leaving Welsh on the bench and then taking him on for a couple of minutes at the death.  To the clowns who slate Polly at every opportunity please not

We are sHyte.... I hate supporting caley now we are the most boring uneventful side ever, junk. Cship mid table side at best ever. Red dot me and face-palm me all u want 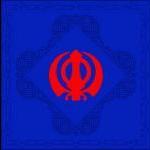 That's the worst away performance I've seen this season. We missed Coll and Polly as you would expect, but the absence of Sean Welsh had the most impact, his replacement charged and lunged his way aro