Our worst ever players in the SPL?

By hislopsoffsideagain,
January 9, 2011 in Caley Thistle

IGNORANT???? how does that become ignorant. if he was such a good player for us he would have been in the team, he would have survived after the injury and would have bounced back. i am not saying h

Not just a good goal. He was our Captain and scored our first ever SPL goal. To mention his name in a thread about "worst" players in the SPL is ridiculous, disrespectful and ignorant. 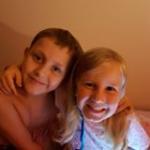 Golly, eh no way he saved us at LB in the first.